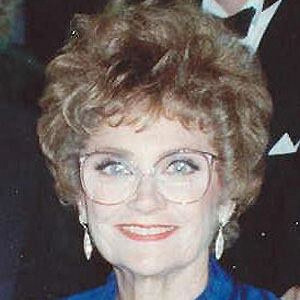 Played sarcastic TV mom Sophia Petrillo on The Golden Girls from 1985 to 1992. She also played Mrs. Tutti Bomowski in the 1992 film Stop! Or My Mom Will Shoot.

Her acting career began in Yiddish theaters and in Catskills borscht belt resorts.

She released her autobiography, If I Knew Then, What I Know Now... in 1988, and an exercise video for senior citizens in 1993.

She married Arthur Gettleman in 1947, and the couple had two sons named Carl and Barry. They remained married until his death in 2004.

She was in the sitcom The Golden Girls with Betty White.

Estelle Getty Is A Member Of