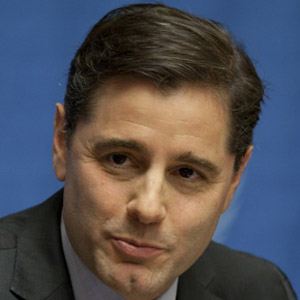 Best known for serving as Chairman of the Federal Communications Commission (FCC) during the presidency of Barack Obama, this American attorney and business executive also worked for the international private equity & asset management firm The Carlyle Group.

After graduating from Columbia University with a degree in history, he attended Harvard Law School with future United States President Barack Obama.

During his time as FCC Chairman, he introduced such initiatives as the National Broadband Plan and the Connect America Fund.

The son of Jewish Holocaust survivors, he grew up in Massachusetts and New York. His two marriages -- to reporter Martha Raddatz (1991-1997) and White House adviser Rachel Goslins (beginning in 2001) -- produced a total of two sons and one daughter.

He and Wisconsin-born attorney Newton Minow both held the office of Chairman of the Federal Communications Commission.

Julius Genachowski Is A Member Of