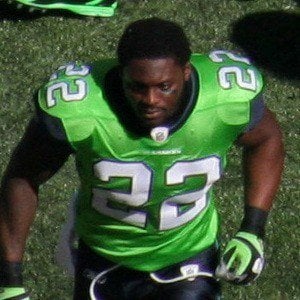 Former NFL player who was best known for his work as a running back for both the Dallas Cowboys, Seattle Seahawks, and New Orleans Saints. He later became a reality TV star known for his role in the VH1 series Baller Wives. He played on a total of 3 different teams throughout his professional career.

He attended the University of Notre Dame where in 2003 he became a backup for Ryan Grant. He was eventually drafted in 2004 to the Dallas Cowboys as part of the second round drafting.

He is known for his appearance on the TV series Baller Wives with his wife Kelly. They are known for having a joint Instagram.

He was born and raised in Stone Gap, Virginia. He is one of seven siblings. His brother Thomas Jones is also a professional football player.

As a star on the show Baller Wives, he co-stars alongside Jeniva Samuels, Michael Vick, and Asante Samuel.

Julius Jones Is A Member Of