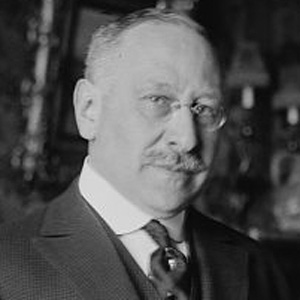 Part owner of Sears, Roebuck and Company who became a noted philanthropist with his own philosophy of giving.

He made a fortune selling clothes to Sears and pledged a substantial part of his personal wealth to helping the company survive hard economic times.

He disliked perpetual foundations, and he gave out his wealth in lump sums often on the condition that they be matched by others.

He was born in Springfield, Illinois. His parents were Samuel Rosenwald and Augusta Hammerslough Rosenwald, immigrants from Germany.

He was inspired by Booker T. Washington to help advance African-American education in the U.S.

Julius Rosenwald Is A Member Of