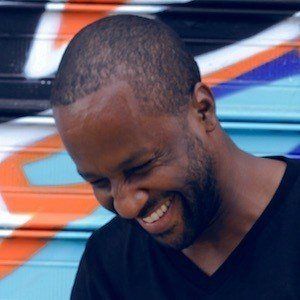 Celebrity chef and television personality who was named Crowd Favorite at The Travel Channel's Fiery Foods Challenge. He was also a contestant on the fourth season of the Food Network's Beat Bobby Flay.

He is a self taught chef and made his television debut as a contributor to Fox and Friend's Morning Show.

He has worked as a youth motivational speaker.

He toured with pop icon Lady Gaga as her personal chef.

Jumoke Jackson Is A Member Of