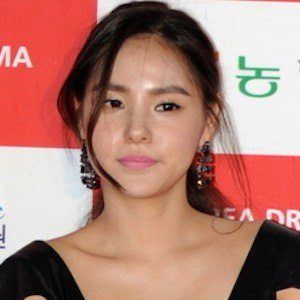 South Korean actress and singer who goes by the stage name Min Hyo-rin. She's known for her roles on shows like Triple and Romance Town as well as in movies like The Grand Heist and Twenty.

She started her career as a model in 2006, at which point she adopted the name Min Hyo-rin. She later went on to be in several music videos.

She started dating Taeyang in 2013 and the two married in February 2018. She grew up in Deagu, South Korea.

She appeared alongside Kim Woo-bin in the movie Twenty.

Min Hyo-rin Is A Member Of