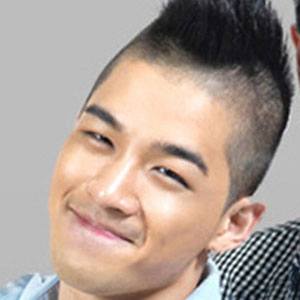 Member of the popular South Korean boy group Big Bang who released his solo debut in 2008.

He first entered the public consciousness after appearing in the hip hop group Jinusean's music video for the song "A-yo."

He was born in Uijeongbu, South Korea and raised alongside his brother Dong Hyun Bae. In 2013, he began dating actress Jung Eun-ran; they married in February 2018.

He has performed as a member of Big Bang with G Dragon.

Taeyang Is A Member Of