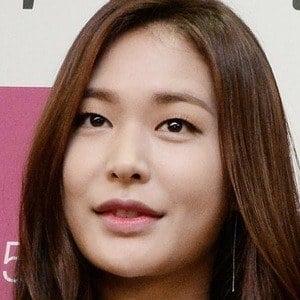 Korean drama star recognized for her roles in SBS's Heard It Through the Grapevine and KBS's Moorim School. She also played a supporting role in the 2016 hit show W. In 2019, she began starring as  Song Hae-rin in the tvN series Romance Is a Bonus Book.

She began her career as a model for YG Entertainment. She then made her acting debut in the 1995 film 301,302.

In 2016, she appeared in the KBS variety show Hello Counselor.

She is otherwise known by the stage name Eugene Jung.

In MBC's fantasy series W, she starred opposite Lee Jong-suk and Han Hyo-joo.

Jung Yoo-Jin Is A Member Of