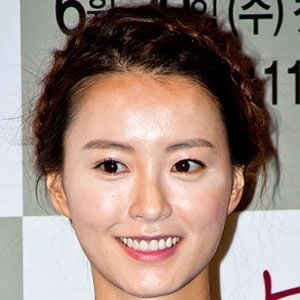 Known for her work in such acclaimed Korean films as Silenced, My Dear Desperado, and Chaw, this popular actress also appeared in episodes of such television series as Reply 1994 and Que Sera, Sera.

In the early 2000s, she acted in numerous short films before making her feature-length debut in Blossom Again.

She won a 2005 Korean Association of Film Critics Award for her work in Blossom Again and a 2006 Blue Dragon Film Award for her performance in Family Ties.

A native of South Korea, she studied film at the Seoul Institute of the Arts.

She and Moon So-ri co-starred in the 2006 movie Family Ties.

Jung Yu-mi Is A Member Of