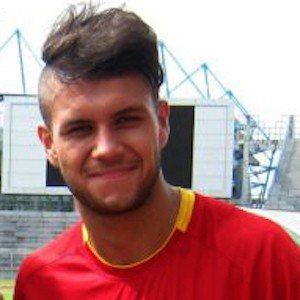 Defensive midfielder who had great success after joining the Malaysian club Johor Darul Takzim in 2015, winning titles in Malaysia Super League, Piala Sumbangsih and more. He won the AFC Asian Cup championship as a member of Malaysia's under-23 squad in 2013.

He and his family moved from Malaysia to Sweden when he was a small child. He later moved to England, where he attended the UWE Hartpury College Football Academy.

He earned the FAM Most Promising Player Award in 2013.

His father is Swedish and his mother is Malaysian.

He has played alongside striker Mohammed Ghaddar on Johor Darul Takzim.

Junior Eldstal Is A Member Of