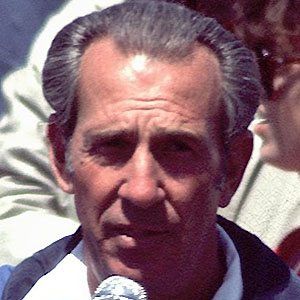 He decided to be a racer in his early days, while in riding with his father Sunday mornings to church.

He bought his first car for the Grand National championship with money he was hoping to make racing over that weekend.

His son Dale Jarett won the NASCAR Winston Cup; his daughter married the crew chief for .

Ned Jarrett Is A Member Of