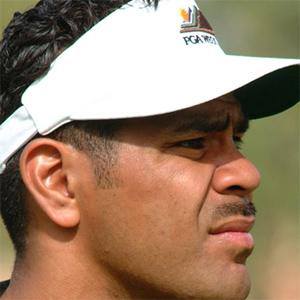 Former NFL linebacker, 12-time Pro Bowl selection, and one of the most celebrated players in San Diego Chargers history. He spent his last seven NFL seasons with the Miami Dolphins and New England Patriots and retired with 1,849 career tackles.

As a child, he would sleep in a one car garage with his three brothers.

During his time with the San Diego Chargers, he picked up the nickname the Tasmanian Devil.

He had three children with his ex-wife Gina Deboer.

He and LaDainian Tomlinson were teammates on the Chargers from 2001 to 2002.

Junior Seau Is A Member Of