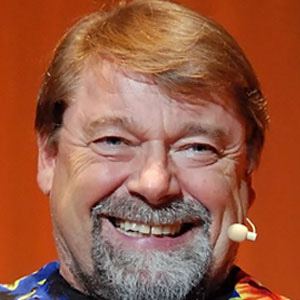 A German television presenter, actor and comedian known for appearing in TV shows, WWF Club, That's How It Is, and Lippe's Comedy Mix.

The son of a strip club bartender, he briefly trained as a signaller from 1966 to 1970, and then started a band: The Blattschuss Brothers.

As a singer he has made a reputation for himself; his song "Good morning, dear worries" made it to first place in the ZDF hit parade in 1987.

In the 1980's, he was briefly married to German television presenter, Margarethe Schreinemakers.

His sketches are often literal translations from Bill Cosby.

Jurgen von der Lippe Is A Member Of