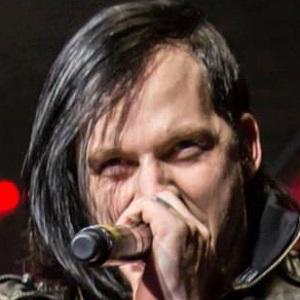 Lead vocalist of the Christian rock band We As Human, a Top 10 charting group on the Billboard Christian Albums chart and the Billboard Hard Rock chart thanks to their debut self-titled album.

He came together with Jake Jones, Justin Forshaw, Dave Draggoo and Adam Osborne to form We as Human in 2006.

He worked with Howard Benson, who produced P.O.D.'s album Satellite, an album that was very influential for Cordle.

He wrote the song "Sever" after his nephew Tyler lost his battle with cancer. He was born in Sandpoint, Idaho.

He and the band were discovered by John Cooper, the lead singer of Skillet.

Justin Cordle Is A Member Of