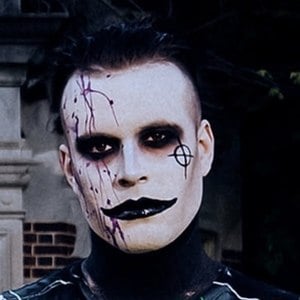 American bassist and musician who initially gained recognition as a member of the metalcore band Ice Nine Kills. He went on to have additional fame after joining the group Motionless In White in 2019.

He first performed with Ice Nine Kills as a rhythm guitarist in 2009.

The official 2019 video for Motionless In White's "Disguise" topped 2 million YouTube views in one month.

He's been in a relationship with a girl named Shaezilla. In May 2022, the couple announced the birth of their daughter, Mia.

He followed Chris Motionless and Ryan Sitkowski as regular members of MIW.

Justin Morrow Is A Member Of