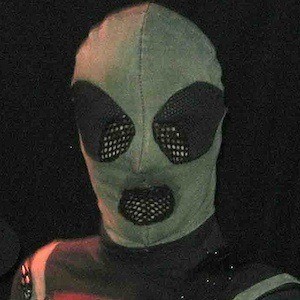 Prolific singer and bassist who has won acclaim for his work in the noise rock, punk and grindcore genres. Some of his best-known projects include The Locust, Swing Kids and Head Wound City.

He grew up going to shows by local San Diego acts like Drive Like Jehu and founded the band Struggle with some friends at age fifteen.

His band All Leather won the San Diego Music Award for Best Hard Rock Album in 2010.

His father was killed when he was twelve years old. He is an only child.

He collaborated with Yeah Yeah Yeahs singer Karen O as a member of the band Some Girls.

Justin Pearson Is A Member Of