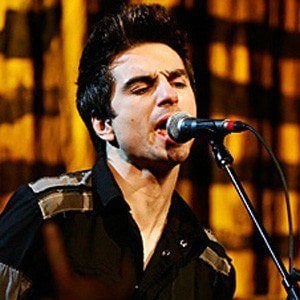 Singer, songwriter, and lead guitarist for the punk rock band Anti-Flag. He has released solo music as well, including the albums Life, Love, and the Pursuit of Justice and These Are the Days EP.

He majored in communications at the University of Pittsburgh and he and Pat Thetic founded Anti-Flag in 1988.

He is a vegetarian and is known to be an animal rights advocate.

He has a sister named Lucy, who gave him his first guitar.

Justin Sane Is A Member Of