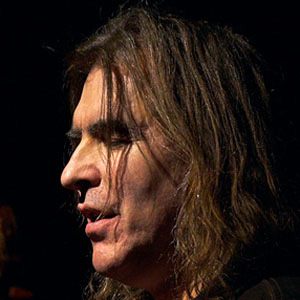 English rock singer who is most well known for performing in the band New Model Army and who was also in the band Red Sky Coven from 1998 to 2009.

He grew up in Jordans, Buckinghamshire in England.

In 2003 he made his debut as a solo act by releasing Navigating By The Stars, followed by his second effort in which he worked on the score of a thriller called Exilée.

Growing up, Sullivan listened to a lot of American musicians like Bob Dylan.

Justin Sullivan Is A Member Of