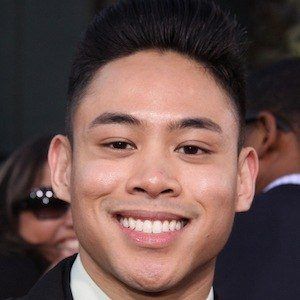 Professional breakdancer and choreographer whose crew Poreotics won the title of America's Best Dance crew in 2010. He's also been featured in music videos and movies, including Step Up Revolution and Step Up All In.

He got his start learning to breakdance from a friend at age 7. He eventually became exposed to the style "Popping" and started performing anywhere he could, such as school dances, gym, lunch, and more.

He once starred in a Tosh.0 episode as a bad breakdancer in 2012.

He was born and raised in New Jersey, but later moved to Los Angeles to pursue his love for dance.

He was born Justin Valles, but became known as "Jet Li" by a member of his crew because they thought his appearance resembled that of the martial arts superstar.

Justin Valles Is A Member Of