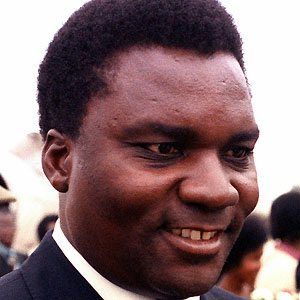 Former leader of the National Republican Movement for Democracy who held office as Rwanda's third president from 1973 to 1994. He was killed when his jet was shot down and the perpetrators remain unknown.

He was the Chief of Staff of Rwanda's army before beginning his political career in the 1970s.

His assassination in 1994 played a key role in sparking the Rwandan Genocide.

He was married to at the time of his death.

He was the longtime husband of Agathe Habyarimana.

Juvenal Habyarimana Is A Member Of