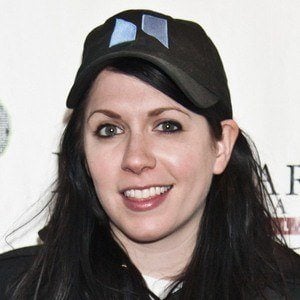 Singer and DJ known for her EPs Eyes Shut and What If It Is, as well as her singles "We Hate Everyone," "The Cops," and "Can't Sleep." Her debut album titled Life As A Dog charted in the Top 150.

She started making music as the result of a conversation with her friend about the simplicity of modern rap. Convinced she could create something similar, she starting writing songs and released her debut mixtape in 2004.

She was attending Stanford University when her music career got underway. She has degrees in psychology and sociology.

Her real name is Kristine Flaherty. After her parents got divorced and then remarried, she grew up with two step-siblings.

She and Danny Brown collaborated on the song "Hail Mary."

K.flay Is A Member Of