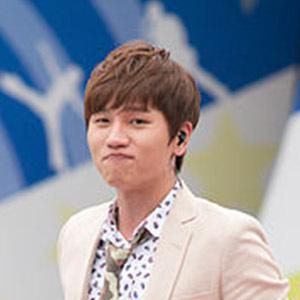 South Korean pop singer who is known for his popular ballads and his frequent appearances in Korean drama soundtracks. He is best recognized for his popular songs "I Need You" and "Please Don't...".

He first started his career as a singer in 2007 when he started getting attention for his covers of Mariah Carey songs that were released through YouTube. He released his debut album Left Heart that same year. In 2009, he started making music for television and films.

He has won several awards for his music including several Melon Music Awards including Best R&B Ballad in 2013 for his song "Love Blossom" and in 2012 for his song "Please Don't".

He collaborated with Park Jin-Young on his title track "Left Heart" in 2007.

K.Will Is A Member Of