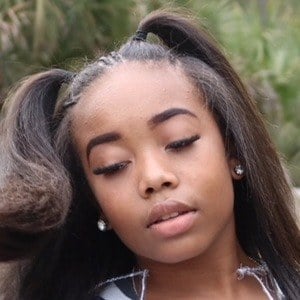 Singer and dancer who's part of the girl group The 815. The trio operates their own popular YouTube channel, The 815 Official, where they post vlogs and their original music and videos. The channel has earned over 100,000 subscribers and more than 11 million views.

She grew up in Kankakee, Illinois.

She's also a popular TikTok creator with over 110,000 fans on TikTok.

She is joined by her brother Trigga and her sister Chy-Chy in The 815. She also has an older sister named Shamone. Her father's name is Jamone and her mother's name is Shareese.

She, her mother and her sister all took part in the One Percent Challenge and filmed a dance video set to "One Percent" by Taylor Girlz and Kap G.

Kaay Money Is A Member Of