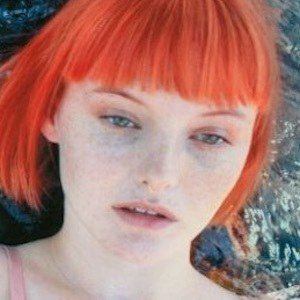 Former model and backup dancer turned pop singer who gained prominence after she was signed to Kanye West's label G.O.O.D. Music in December 2014. She produced and directed the music video for her song "Experience" in 2014, which convinced West that he should sign her.

She worked as a model for American Apparel before she was brought on the West's Yeezus tour as a back up dancer.

Her first EP, Bloo, was released on iTunes and Spotify in October 2015.

She has a dog named Rascal. She has a younger sister named Emma.

Kacy Hill Is A Member Of