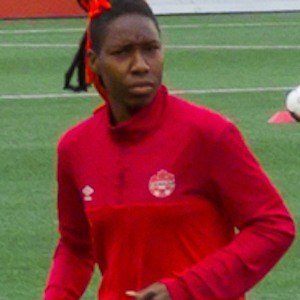 She started playing with Canada's U17 team in 2012, coming in second in that year's CONCACAF tournament.

She debuted for the Canadian national team in 2013 and, in 2015, became the first woman since Mary Lou Retton to win the Hardman Award.

She was born to Howard and Melsadie Tate and has 11 siblings.

She and Josée Belanger have played together on Canada's national team.

Kadeisha Buchanan Is A Member Of