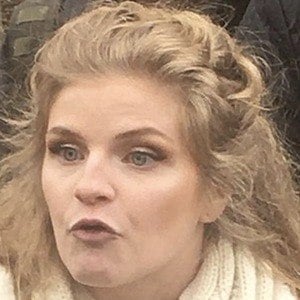 Activist, also known as the Kent State Gun Girl, who became the grassroots director of the Liberty Hangout movement. She promotes the message of peace and prosperity all while supporting students' rights to carry guns on campus.

She created the libertarian media outlet Young Jeffersonians in February 2015.

She found her biggest social media fan base on Twitter where she's acquired over 350,000 followers.

She married Justin Moldow in 2020.

She shared an Instagram photo with radio host Alex Jones in December 2018.

Kaitlin Bennett Is A Member Of