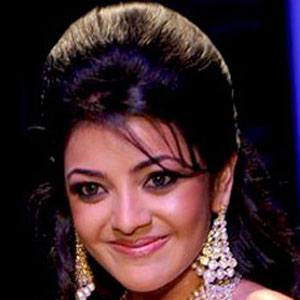 Rising star of South Indian (Tollywood) cinema who starred in major films, including the 2009 romantic drama Magadheera. In 2013, she played a role in Baadshah.

She studied at K.C. College, in Mumbai, considering a career in business, before switching her interests to modeling and acting.

After four years of box office disappointments, she starred in four consecutive hit films from 2009 to 2011.

Her younger sister Nisha Agarwal began acting in Telugu and Tamil films in 2010. She wed Gautam Kitchlu on October 30, 2020.

Like the Bollywood actress Aishwarya Rai, she was featured in ads for Lux bath and beauty products.

Kajal Aggarwal Is A Member Of