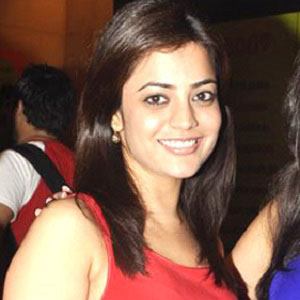 Indian actress who appears mainly in Tamil, Malayalam and Telugu films. Some of her best known roles include Vaishnavi in 2011's Solo, Geetha in 2013's Saradaga Ammayitho and Angel in 2014's Bhaiyya Bhaiyya.

She was born in Mumbai, India and first gained major attention in the acting world with her appearance in the film Yemaindi Ee Vela in 2010.

She got her big break in the Telugu film world after director Sampath Nandi saw stills of her in a magazine.

She married businessman Karan Valecha in December 2013. Her sister is actress Kajal Aggarwal.

She co-starred with actor Kunchacko Boban in the 2014 Malayalam comedy Cousins.

Nisha Agarwal Is A Member Of