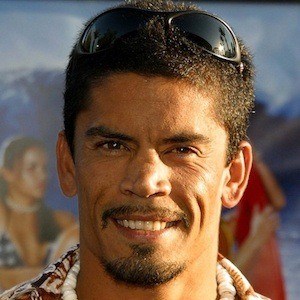 Surfer known for founding the surf gang Wolfpak, who themselves are known for serving as an enforcement group at the Banzail Pipeline. He also played Kawika on Hawaii Five-0.

He formed Wolfpak in 2001 after moving to Oahu. He landed his first acting role in 2002 in the movie Blue Crush.

He also appeared in episodes of North Shore and John From Cincinnati and was featured in 2014's Shark Week.

He was raised on Kauai by his mother, Virginia. He lost his mother in 1992's Hurricane Iniki.

Two of Wolfpak's most famous members were Andy and Bruce Irons.

Kala Alexander Is A Member Of