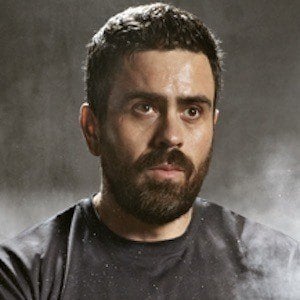 Fitness personality who first became known as the host of the SVT series Svett & etikett. He then went on to become the face of the fitness shows Träna med Kalle and Gympaläraren.

His early career was spent in advertising with the agency Delorean AB. He then went on to launch his training blog Stark som en björn, snabb som en örn, which was eventually released as a book.

In 2014, he worked as a co-writer on the Swedish comedy Söder om Folkungagatan.

His siblings, Erik and Sara Haag, are both popular Swedish filmmakers. He married Swedish television host Brita Zackari and the two gave birth to a daughter in 2016. He and ex-wife Jonna Bergh have one son.

Kalle Zackari Wahlstrom Is A Member Of