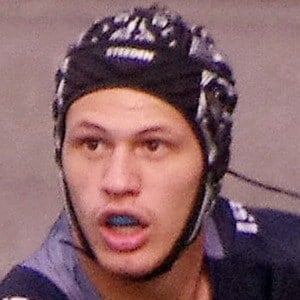 Fullback who played for North Queensland from 2016 and 2017 and then joined the Newcastle Knights in 2018. He has over 280,000 followers on his kalyn__ponga Instagram account.

He was the second 14-year-old to make the Australian Schoolboys under-15 side in 2012.

He won New Zealand's under-13 national golf championship in 2013. He was nominated RLPA Rookie of the Year in 2017.

His father is Andre Ponga.

He and Josh Perry are both from Australia and played rugby for the Newcastle Knights.

Kalyn Ponga Is A Member Of