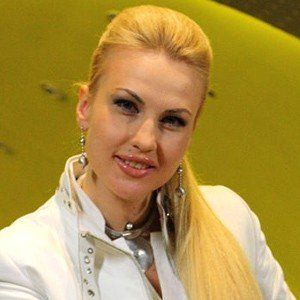 Ukrainian singer, actress, and model who first became known for the release of her debut album, Techno Style,  in 1997. She would go on to release dance albums in both English and Russian. She has also gone on to star in the British reality show Meet the Russians.

In her youth, she studied violin and opera. Then, in 1997, she graduated from the University of Culture with a degree in variety art and mass show direction.

A pageant winner, her most renowned title is Mrs. World 2008. She has also held the titles of Miss South Ukraine and Miss Open - Odessa.

She married British-Pakistani businessman Mohammad Zahoor in 2003. They appear together on Meet the Russians. They have twin daughters, Arabella and Mirabella.

In 2011, she was featured on the Philipp Kirkorov single "Playing With Fire."

Kamaliya Is A Member Of