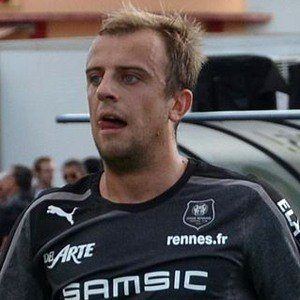 Winger who spent the majority of his club career with Jagiellonia, Sivasspor and Rennes between 2009 and 2016. In 2017 he joined Hull City.

He was brought up through the youth system of Pogoń Szczecin.

Before joining Poland's national team in 2008, he was a member of their Under-19 and Under-21 squads.

He married Dominika Grosicka in October of 2011. They have a daughter who was born in April of 2012.

He played alongside Robert Lewandowski as part of the Poland national team.

Kamil Grosicki Is A Member Of