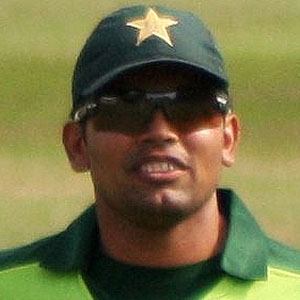 Right-handed batsman who has represented his native Pakistan at events like the World Twenty20 and Cricket World Cup. In domestic cricket, he has played for teams like Barisal Burners.

He was born in Lahore, Pakistan made his Test debut against Zimbabwe in November 2002.

He led Pakistan to its first-ever World Twenty20 title in 2009.

His brothers, Adnan Akmal and , have also played professional cricket. He has a daughter named Laiba.

He was teammates with bowler Mohammad Amir on the Pakistani team which won the 2009 World Twenty20.

Kamran Akmal Is A Member Of