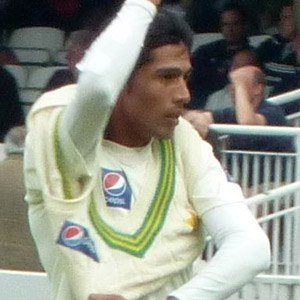 He was discovered by the Pakistan national team playing cricket in a local tournament as an 11-year-old.

He made his Test debut for Pakistan in 2009.

He was raised the youngest of seven children in Punjab, Pakistan.

Mohammad Amir Is A Member Of