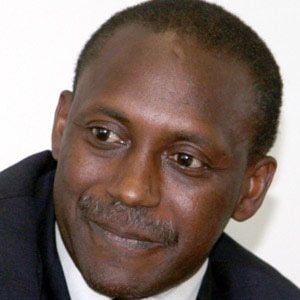 He was appointed the Chairman of UN-Energy in 2009 and formerly served as Director-General of UNIDO from 2005 to 2013. He often speaks and writes about global issues such as poverty and climate change.

He earned a Ph.D. in Agricultural Economics from the University of Illinois.

He was awarded the Lifetime Achievement Award by the Green White & Blue Commission.

Kandeh Yumkella Is A Member Of