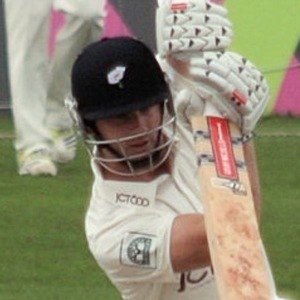 Began his professional career in 2007 with the Northern Districts and made his international debut in 2010 for New Zealand.

He attended Tauranga Boys' College from 2004 to 2008 and he was head boy in his final year.

On October 14, 2010, in an international match against Bangladesh, he became the youngest New Zealander ever to score a century.

His father also played cricket for the Northern Districts.

He was part of New Zealand's 2011 World Cup team, which was captained by Daniel Vettori.

Kane Williamson Is A Member Of