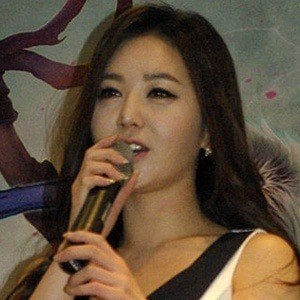 Pop singer known as Rena from the Korean girl group Pristin. They made their debut with the EP Hi! Pristin, featuring their single "Wee Woo."

She and Pristin originally formed as the Pledis Girlz under Pledis Entertainment in 2016.

She competed on the Mnet survival show Produce 101.

Her real name is Kang Yebin but she's better known by the stage name Rena.

She and Yuha were both members of the K-pop band Pristin.

Kang Yebin Is A Member Of