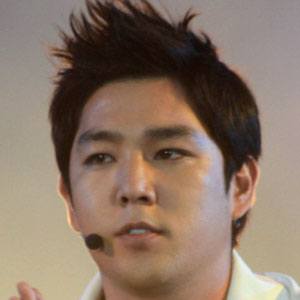 South Korean singer and actor who has been known for his work as a member of the boy band Super Junior.

He started out as part of Super Junior 05 in 2005 on the music program Popular Songs.

He has won various awards for his work including a 2008 MBC Entertainment Award for Best DJ.

He was raised with his family in Seoul, South Korea. He frequently posts photos with his dog on Instagram.

Like him, Jang Woo is a South Korean singer.

Kangin Is A Member Of