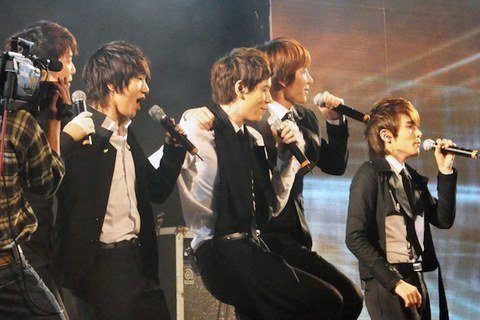 Peaking at thirteen members, the group was formed by Lee Soo-man of S.M. Entertainment. They won Choice International Artist at the 2015 Teen Choice Awards.

They earned international acclaim with the title track of their critically acclaimed album Sorry, Sorry. It became their best-selling single. Han Geng was the first member to leave the group in 2010.