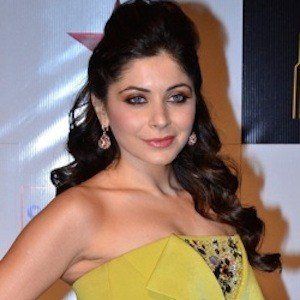 Singer who is known for her work in the Bollywood film industry. She began her Bollywood playback singing career in 2014, when she sang for the film Ragini MMS 2.

She began studying classical music at the age of 12. During her later teen years, she spent time working with All India Radio, and moved to Mumbai to further pursue a career in music.

In 2014, she toured North America as a part of SLAM! The Tour. Throughout 2015, she completed songs for 12 different Bollywood films.

She was born and raised as a part of a Punjabi Khatri family in Lucknow, India. She and her husband, Raj Chandok, had three children together. The couple divorced in 2012.

She performed alongside Shah Rukh Khan and Deepika Padukone on during SLAM! The Tour.

Kanika Kapoor Is A Member Of