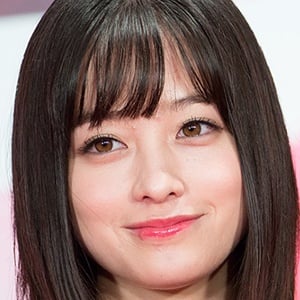 Japanese actress and singer who is known for her work with the girl group Rev. from DVL as well as her solo singing career. She is also known for having starred in several feature films as well including The Disastrous Life of Saiki K. and Sailor Suit and Machine Gun: Graduation for which she also sang the theme song.

She started her career in entertainment as a member of the Japanese girl group Rev. from DVL. Her acting debut came later on in 2011 when she starred as Kanna Hayami in the film I Wish. She gained further attention when she landed a recurring role the following year on the RKB television series Sumiyoshi ya Monogatari: Wakuwaku ga, Ka ni Yattekuru.

She has won several awards for her musical and acting career including the Best Newcomer Award in 2017 at the 40th annual Japan Academy Prize awards for her role in Sailor Suit and Machine Gun: Graduation.

She was born and raised in Fukuoka, Japan and has a twin brother.

She starred alongside Masaki Suda and Kazunari Ninomiya in the 2015 film Assassination Classroom.

Kanna Hashimoto Is A Member Of