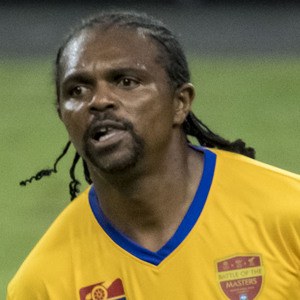 Forward who has risen to fame for his club career played internationally, including for Arsenal F.C. between 1999-2004. He was the African Footballer of the Year in 1996 and 1999.

He made his pro debut in 1992 for  Iwuanyanwu Nationale.

He was named the BBC African Footballer of the Year in 1997 and 1999. He has been named a International Federation of Football History & Statistics (IFFHS) Legend.

He and Danny Shittu played for Nigeria's national team at the 2010 World Cup.

Kanu Nwankwo Is A Member Of