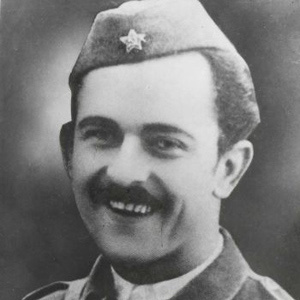 Slovene poet, translator, and World War II-era freedom fighter. His best-known poems include "Slovene Child," "Madman," and "Day of All the Dead."

He published his early poems in a children's literary magazine called Slovenska Mladina.

He was officially declared a national hero of Yugoslavia in July of 1953.

He was born in Sostanj, Slovenia. After being arrested and imprisoned by the Nazi Gestapo in 1941, he joined resistance forces in Ljubljana.

He and Ahmad Faraz became famous for their poetry and their political activities.

Karel Destovnik Is A Member Of