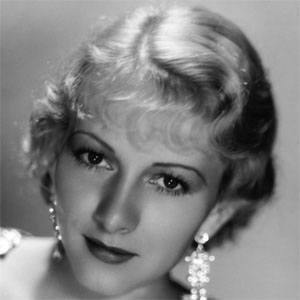 Popular actress of the 1930s who was blacklisted by Hollywood during the McCarthy era, effectively ending her acting career.

She came to Los Angeles at age 14 to recover from tuberculosis in a warm, dry climate.

Becoming involved in politics through Hollywood films like Our Daily Bread, she invoked the Fifth Amendment in testifying before the House Un-American Activities Committee, and later ran for lieutenant-governor of New York State.

She was married to Charles Vidor, who was the director of Man About Town; the two met on set and after marrying had one son together.

One of her earliest roles was in the 1931 film Mata Hari, starring Greta Garbo.

Karen Morley Is A Member Of