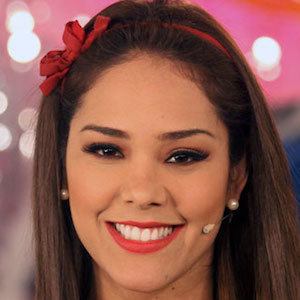 Peruvian actress and television personality most well known as one of the hosts of the competition series Yo Soy. She also spent several years as a presenter on Espectáculos.

She first made a name for herself in beauty pageants, winning the title of Miss Perú Universo in 2009 and going on to represent her nation in the Miss Universe 2009 pageant.

In 2014, she made her acting debut playing Montserrat in the film Japy Ending.

In the 2009 Miss Universe pageant, she competed against winner Stefania Fernandez.

Karen Schwarz Is A Member Of