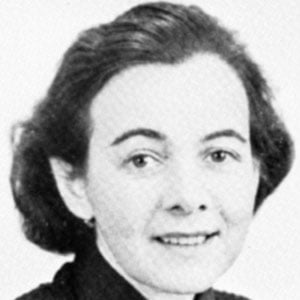 Swedish poet and novelist known for her poetry collection "Clouds" and her novels Kris (Crisis) and Kallocain. Her most famous poem is "Yes, of course it hurts".

Her novel Kallocain was made into a film in 1981.

She was married to Leif Björck from 1928 to 1932 and then became involved with Margot Hanel, whom she stayed with for the rest of her life.

She translated the work of T.S. Eliot and was credited with introducing him to Sweden.

Karin Boye Is A Member Of