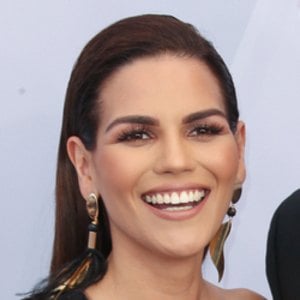 Mexican journalist and TV presenter who's famously known for working for Univision Deportes and hosting on El Gordo y la Flaca. She has won the 2014 Mexican Emmy Award for Best Entertainment Reporter.

She graduated with a degree in journalism from Universidad Autónoma de Nuevo León in 2011.

She began dating actor Carlos Ponce in August 2018 and the two got engaged in early 2020; they secretly wed in July 2020. She was previously married to American helicopter pilot Douglas Riggs.

Karina Banda Is A Member Of