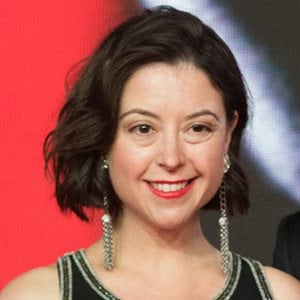 Podcaster and writer best known as the host of the highly-regarded Hollywood film history podcast You Must Remember This. She has written film criticism for outlets like LA Weekly and published several books, including  Seduction: Sex, Lies and Stardom in Howard Hughes's Hollywood (2018).

She earned her Bachelor of Fine Arts degree in film from the San Francisco Art Institute and her Masters of Arts degree in cinema studies from New York University.

She was featured in the documentary For the Love of Movies: The Story of American Film Criticism (2009).

Her season-long podcast series about Charles Manson was particularly acclaimed.

Karina Longworth Is A Member Of