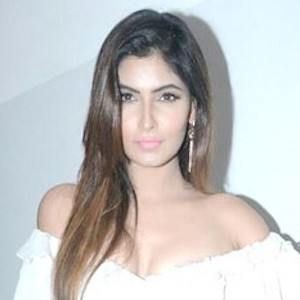 TV actress who appeared in the 2015 film Pyaar Ka Punchnama 2. She became the target of internet trolls when she dyed her hair blue in December 2017. She has more than 2 million followers on her karishmasharma22 Instagram account.

She appeared in the web series Life Sahi Hai as a maid.

She was pictured with her pug Mr. Charlie in November 2017.

She has acted on screen with fellow actor Kartik Aaryan.

Karishma Sharma Is A Member Of